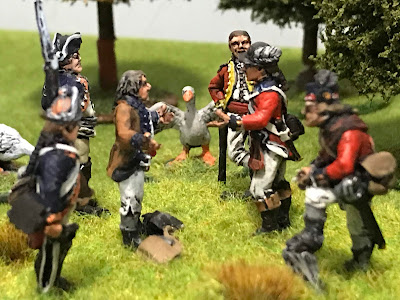 I am on something of a roll with painting small vignettes.  It's a nice break from production line painting of line regiments.  And this charming one has always been on my list to paint.  A very interesting group of figures and uniforms.  But something about the set looked, well,  like there was much more to the story.  And after a bit of asking around here is the story I found out.  This is from Giles Allison's blog, Tarleton's Quarter. 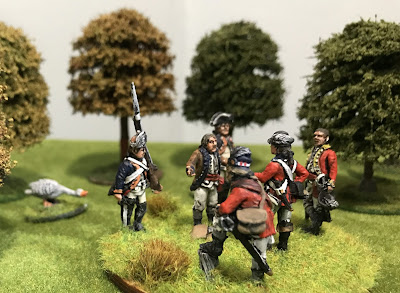 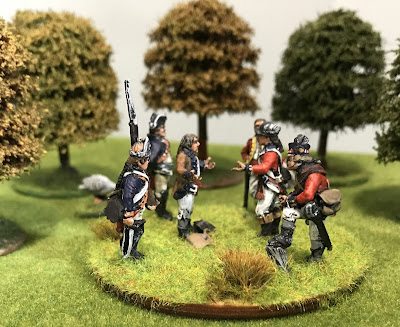 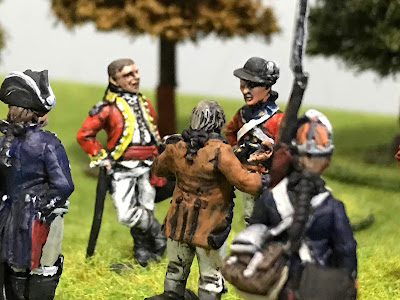 "It was noted that Alan's AWI range was nearing the magic "100 packs" mark. Shortly afterwards, I suggested on the TMP forum as a joke that a suitable way of celebrating this landmark would be for Alan to do a "National Army Museum characters" pack. It was then suggested (I'm not sure by whom, perhaps Eclaireur or Alan himself) that a suitable vignette might be a group of British/Hessian officers interrogating Alan, as an allegory of the pestering that Alan has to put with from those of us who are always demanding that he makes specific packs of obscure AWI troops. 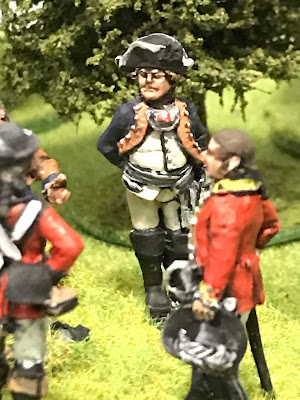 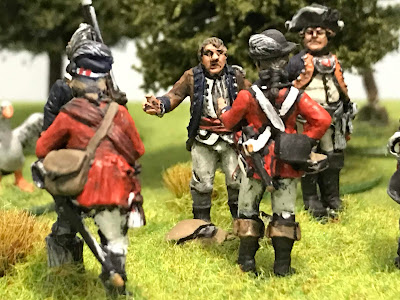 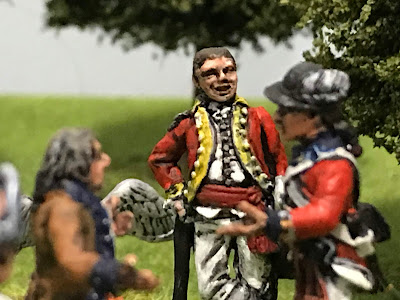 And so pack AW100 was born. Mug-shots and measurements (our heights, obviously...) were sent to Alan early in 2006, there was a bit of discussion about what uniforms the various, er, "personalities" should be wearing and then in July I received an email from Alan with a picture of the greens he had finished. The likenesses that he has captured in such a small scale are absolutely incredible. The Perries together with other Games Workshop designers have already demonstrated their superb skill as portrait artists through their "Lord of the Rings" figures, so I suppose we should not really have been surprised at how well these figures turned out. But many thanks to Alan for being so game and taking on this capricious idea!
In front of Alan are a gesticulating Eclaireur (in the uniform of a Guards officer; of impeccable breeding is EC), Dave Brown in the yellow facings of the 44th Foot (which became the East Essex Regiment in 1782) and myself reading the captured despatches, dressed as an officer in the Black Watch. Behind Alan are two Hessians in the orange facings of the von Lossberg regiment. The tall officer is AWI expert and guru Supercilius Maximus (as he is known on TMP) whilst the sentry is a chap I think is called Norbert. I also painted a set of masters for Alan's own collection which he's put up on his site. Painted November 2006. Tree stumps and fence from Redoubt Miniatures. Base size: 100mm x 100mm. "

I would like to see a different version of this scene.  Perhaps some of the same characters but this time at either Trenton or Yorktown.  :) 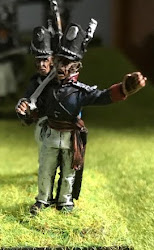 What I am Playing Now 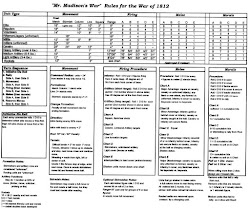 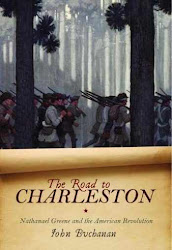 The Road to Charleston: Nathaniel Greene and the American Revolution