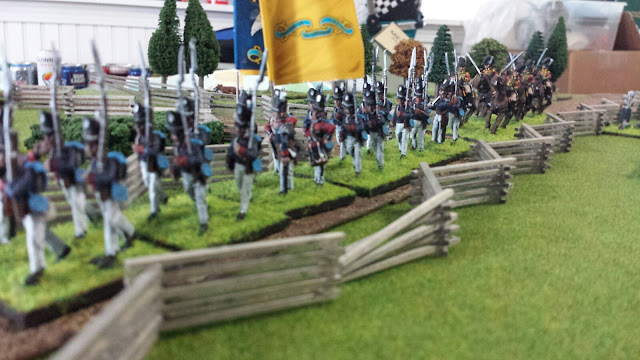 The 5th US infantry regiment was raised in April 1808.  During the War of 1812 the regiment took part in the fighting At Stoney Creek, Plattsburgh and Cooks mill (the final battle of the 1814 Niagara campaign).

The 5th United States Infantry regiment is dressed in the 1813 mid war uniform.  The coate has a red collar and cuffs with white lace.  In addition the regiment has been issued the new tombstone style shako cap.  These are slight but noticeable differences from most of my collection which represents the 1814 Niagara campaign.  This way I am able to add more units for a better balanced army but still be able to tell them apart. 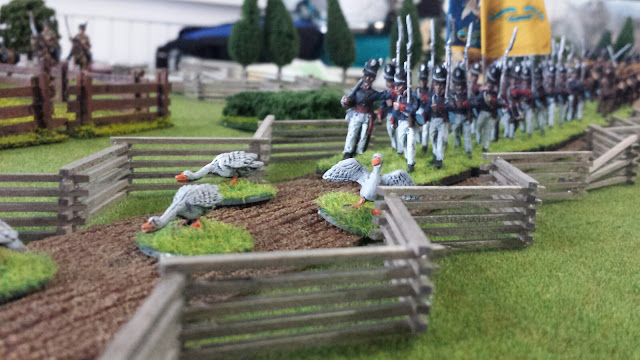 The beautiful regimental colors are from Flags of War.  They produce a beautiful yet under rated series of flags which deserve a high recognition in the wargame world. Figures are from Brigade games. Very nice figures which fit in well with my figures from Knuckleduster minuatures.
Posted by Mark Nichipor at 7:33:00 AM