Back when I was younger (1970's) one of my favorite books was the National Geographic History of the American Revolution.  It was not the text that grabbed me.  It was a quiant series about a family visiting battle fields at the correct  time of year as a fun family outing.  Something about the father in a coat and tie  struck me as off.  No it was the wonderful battle maps that still to this day hold my fascination.  These were bird eye views of the battlefield with soldiers fighting it out.  Incredibly detailed, they made the complicated actions understandable. They also made me run  to the local hobby story to buy boxes of Airfix soldiers and try and fight out these encounters.  These were one of the things which set me on my life long hobby of miniature  wargaming.

Since then I have wondered who  the artist was who did these works of art.  I also stumbled on similar works but with slightly different techniques.  Thankfully the internet has come to my assistance and I finally have some answers;  and evan more questions.  Here are the four artists who's battle maps have fascinated and inspired me.  In addition I will include blog and internet addresses of my sources so you know where I came about this information and who came up with this research.  It is important to give credit to those who did the work. 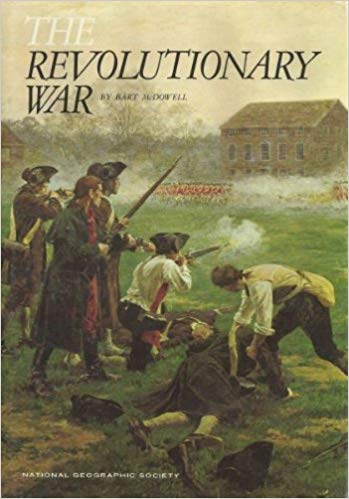 Richard Schlecht
It was the work of Richard Schleht which first inspired me.  His original works appeared in the National Geographic book.  I still have the book.  Richard is still working and some of his art (including battle maps) can be found in the War of 1812 book,  "In Full Glory Reflected."

As an aside back when I worked for the National Park Service I did a research project for National Geographic.  They were happy with my work, but I had to decline the check they offered me for my work due to ethics laws.  Instead, they sent me as a present (which I could acept) a 8 x 10 copy of Richard Schlecht 's battle maps from the book.  These sit by my painting table. 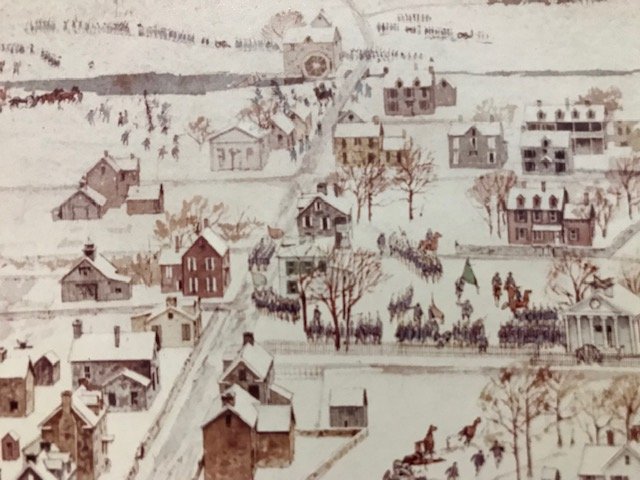 More on Richard Schlecht and his life can be seen at  http://bdeemer.com/content/innercontent.php?id=27&bio=1 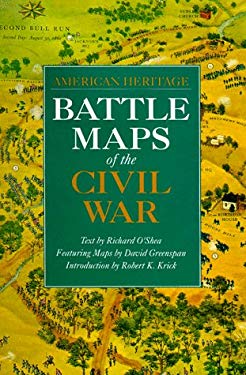 David Greenspan
If you are a American Civil War buff you have seen David Greenspan 's battle maps. They were originally published by American Heritage in a general history written by Bruce Cantton.   These maps have been reprinted in a new book.  I have found little information about David Greenspan except that he died at a very early age. While most of his works are of American Civil War battkes, I have seen a few details of American Rev War works in the internet.  If anyone has more information about these, or know where the entire picture can be see please let me know. 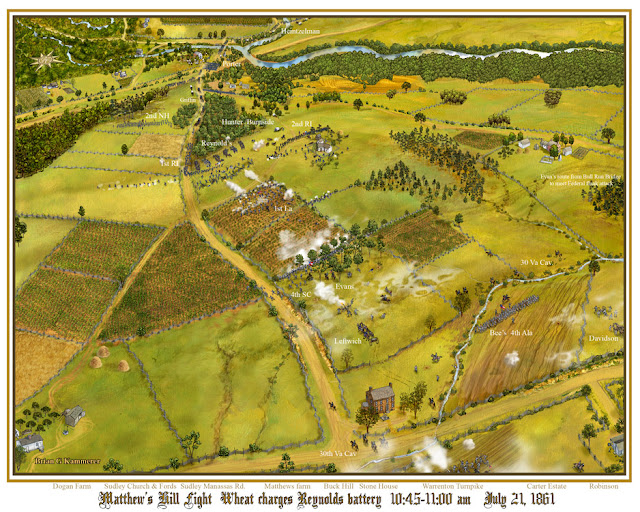 Brian Kammerer
Is a new artist who I think has taken the art to a new level. His works are only concerned with the American Civil War.  But he has improved on the art of his predecessors.  His work is brilliant.  He has done various stages of battles rather then the entire action at one go.  I can only hope that some day he can be persuaded to branch out to the American Rev War or War of 1812.
Please visit his web site at;
http://cwbattlemapart.com/CW-BMA-HomePage.html

Gerald Embelton
Did the excellent battle map that serves as a header to this article.  It appears to be a one off and was done for the National Park Service.  If he has done more please let me know.


So there you have it. All I have pulled together concerning this usual art.  Should anyone out there have any information or facts I have missed please write to me!  I hope you have enjoyed this trip down memory lane for me. 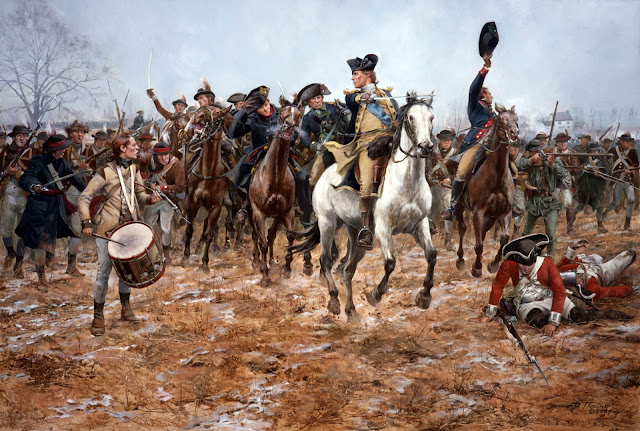 I know that this is usually done on New Year's Eve.  You review the past year and set goals for the coming year.  But due to the holiday and the extra work load (major time for airlines) I could not get anything done. So here it is, my goals and projects for 2019.

Let me start by saying the painting machine which was 2017 and 2018 will not be repeated. Not that any of my armies are completed (are armies ever done?) But just that I have enough miniature soldiers to fight out most of the battles I am interested in.  And that is my first goal of the year. To fight more table top battles and paint less.  Not to say no painting. I would like to add a few special regiments. And some civilians to populate my table.  But no more massive projects like my 1776 Americans. 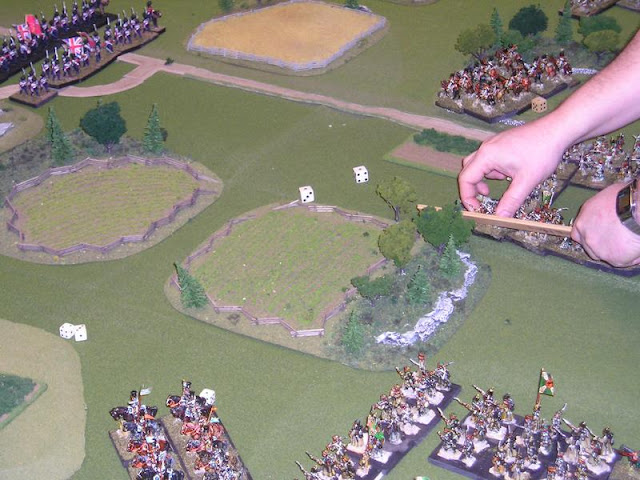 If there is one area I am deficient in it is terrain.  I have the basics.  I need to add additional roads, rivers and trees.  Lots of trees. trees for summer, winter and fall.  Most of my battles take place in areas where there were extensive woods.  I  would like to add some more fences.  I have a good amount of split rail fences.  I would like post and beam a
Fences as well as stone walls.  A few picket fences would be nice around houses.  As I am looking to do some winter battles I would need a winter table cloth.  And a blue one with hexes for naval battles too. Last some ridges and hills. 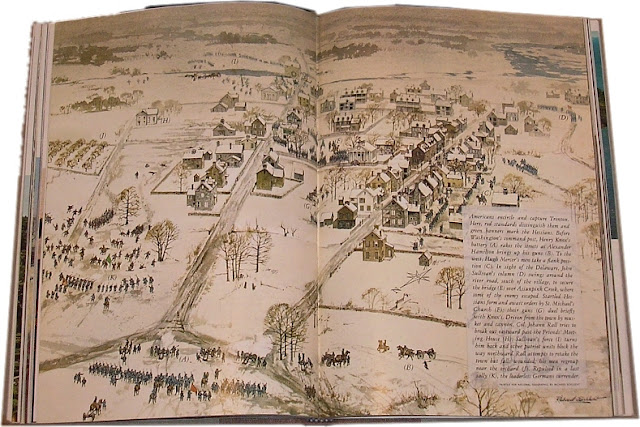 Lastly, houses.  And lots of them. and different types of houses.  To do  the Battles of Trenton I need to have a good size town on the table.  Somehow, four or five houses do not look right.  You want it to look like this bird's eye map of the battle.   I started paper buildings last year and will be adding to them this year.

For table top battles I have a lot planned. As mentioned both battles of Trenton as well as Princeton are planned. Special terrain is needed so these will be a long term project working on them. I think it would be great fun to hold a day after Christmas battle of Trenton! 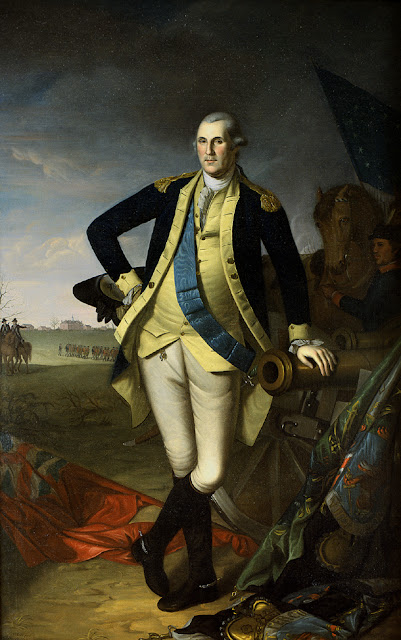 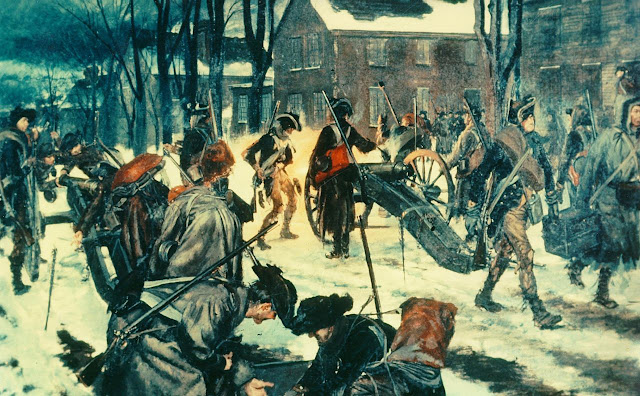 For the American Rev War I am planning a  map campaign of the Cowpens - Guilford Courthouse campaign.  This would be a pen and paper campaign where commanders are given a series of options for battles.  Casualties would carry over. Steve Haller wrote this up in a issue of the Courier magazine years ago and I have always wanted to fight it.  In addition I would like to  fight many of the 1776 battle around New York city. These include Harlem Heights, Pelham Mannor and White Plains.  The last would be special for me as it was the very first battle reenactment I took part in back in 1972. 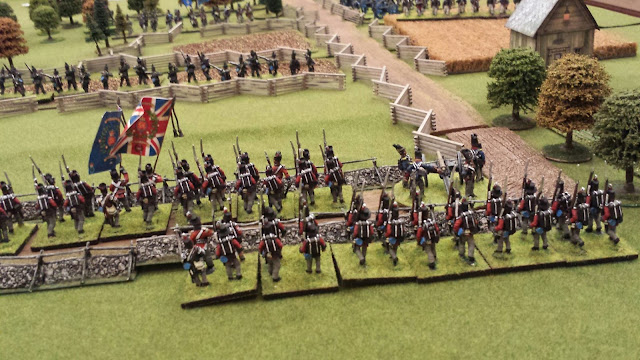 For the War of 1812 I am looking forward to fighting Lundy's Lane. This will entail a great number of house rules for the battle as it took place at dusk and lasted past midnight.  In addition I have a number of games based around other battles along the Niagara frontier including Cooks Mill and a "what if" battle of Saint David.  I have enjoyed fighting disguised scenarios in the past. These included fighting the Rev War battle of Cowpens with Crimean troops as well as with War of 1812.  I plan on fighting a couple more Rev War battles with 1812 regiments. 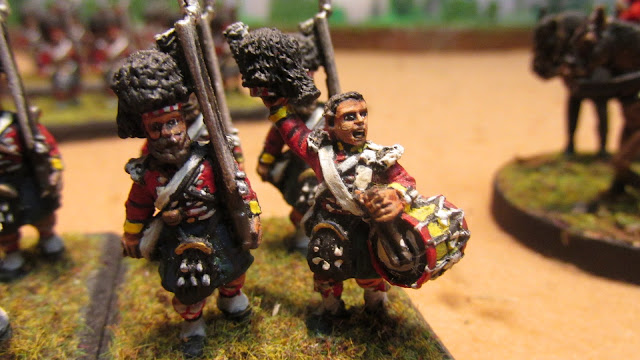 For the Crimean I would just like to get my soldiers in the table top more. Due to the small number of battles these will be more of a "what if" type of affair.  The Alma most definitely.  And "what if" the Guards brigade and 4th division try and retake the Turkish recounts at Balaclava.

Finaly, a grand review of my collection of soldiers. That once a year stock taking of what you have.  Perhaps a photo essay of each army by brigade? That would be fun!

So please stay tuned. As you can see there is more to come. 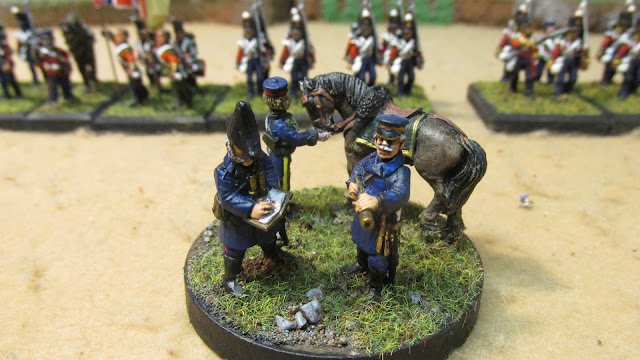 The Battle of Princeton 1777

I have gotten a number of comments about my new header.  It is a bird's eye view of the Battle of Princeton January 3, 1777.  The view is from the Princeton battlefield Society.  This is a friend's group who works to preserve the battlefield.  They do excellent work and have helped to preserve and increase the size of the battlefield.  If you would like to know more about them and the good work they do please follow this link:

I really like these views of battlefields.  I have been gathering information and illustrations of other views similar to these for a future post here on the blog.
Posted by Mark Nichipor at 12:48:00 PM 2 comments: Links to this post 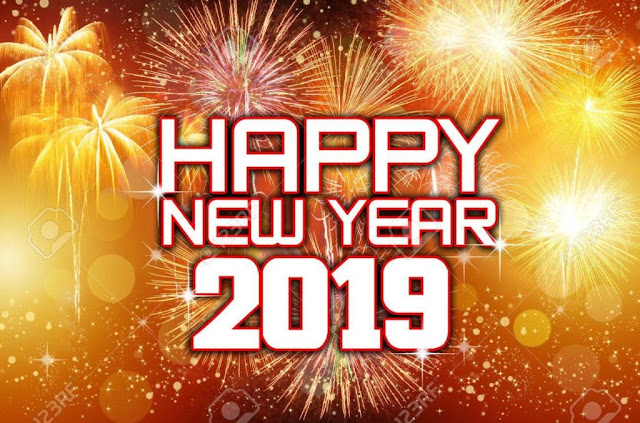