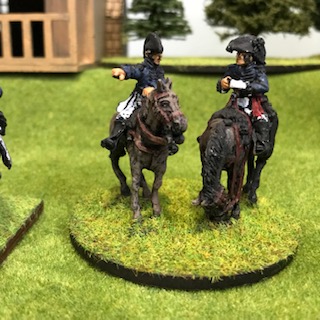 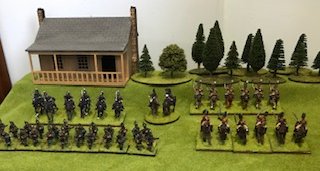 Headquarters troops.  These are regiments not assigned to a brigade command during the game.  Cavalry and Rifle regiment.  Next year I plan on adding a sapper and miner unit. 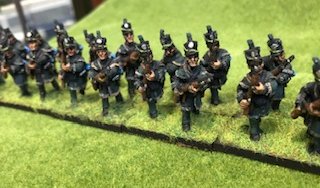 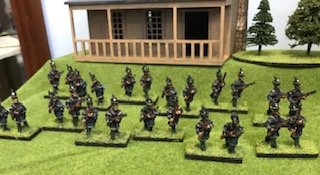 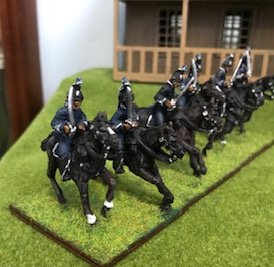 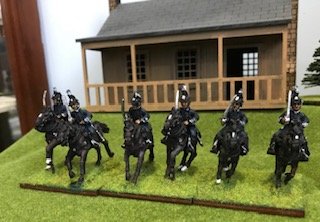 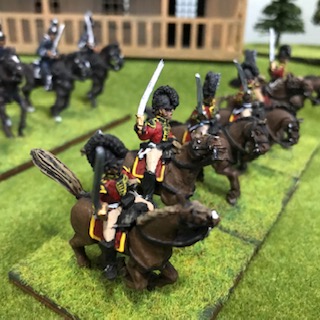 New York Militia Dragoons in fancy uniforms.  Historically this regiment 's uniforms caused a minor panic among militia battalions during the Plattsburgh campaign who mistook them for british! 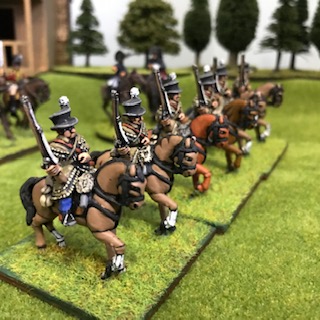 Volunteer cavalry in hunting shirts and civilian round hats.

Figures are mostly Knuckleduster, with the militia dragoons and the hunting shirts horse from from Old Glory.
Posted by Mark Nichipor at 5:30:00 AM