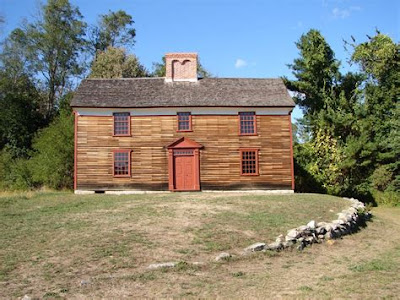 Back in the late 1980's I transferred back to Minute Man National Historical Park.  I had been a district supervisor in Boston NHP's Charlestown district but wanted to get out of the city.  One of my first projects at MMNHP was the newly restored  Captain William Smith House.  The building had just finished being restored to its mid eighteenth century appearance and I was to set up weekend  interpretive programs around the house and property.  Over the next nearly twenty years I spent a lot of hours at the Smith House.  So when I saw that "Things From the Basement " has done a model of the house I had to buy one.


Starting construction, I open the bag it came in and looked over the various pieces.  I also called up the assembly instructions for the house which can be found in the "Things In the Basement" website.  These are easy to follow and very crisp pictures of the kit. 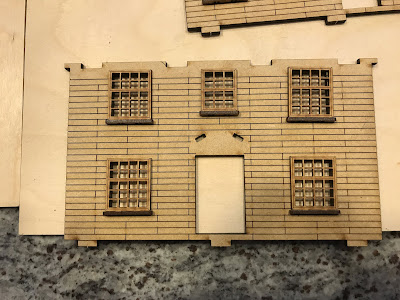 As an example of the great detailing here are the front Windows.  It is a little extra work putting them together but well worth the effort visually.  In addition note the detail of the siding on the house. Very nice! 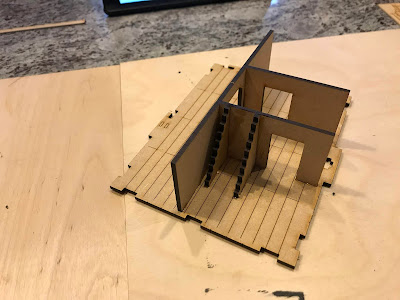 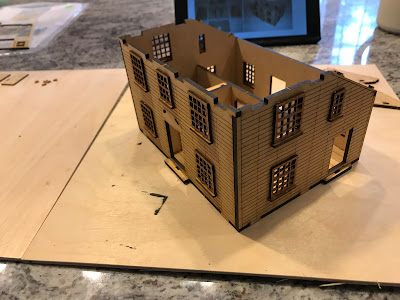 The roof and especially the chimney are very finicky.  Take your time fitting them together before you glue them.  This took some doing, hence no construction pictures of this phase. 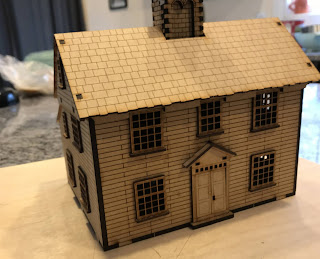 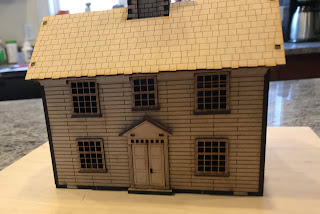 The roof, when done fits nicely over the house frame.  You can glue it on to the frame, or leave loose if you are playing skirmish type games where you need to place figures indirectly building. 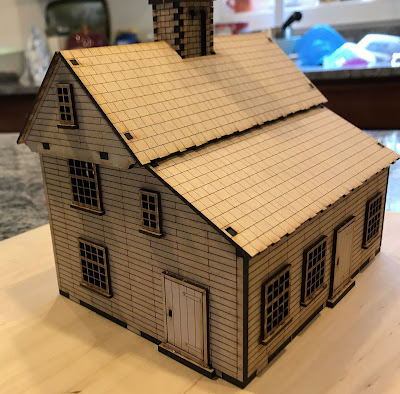 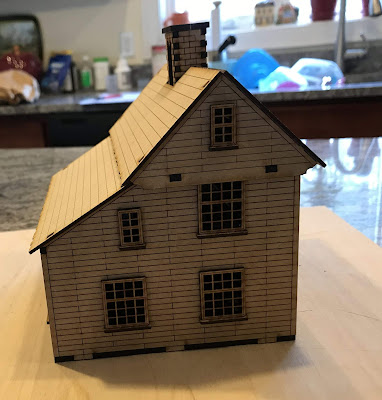 And there you have it. I put together the house in a couple hours after work.  I will let it dry then touch up with glue the stress points for added strength.

Next:  painting the house And the finished model in part 2.
Posted by Mark Nichipor at 9:25:00 AM