If you are interested after reading my series of posts on King Philip's War of learning more about it here are a number if books which I found very helpful.  There are a lot of books out there but to get a grasp of the conflict and learn more about it as a wargames possibility I would highly recommended these. This list isn't exhaustive but will give you a good working knowledge of the period. 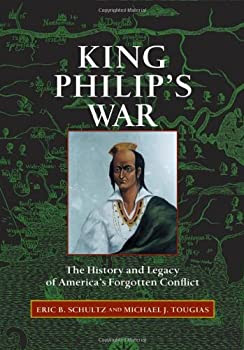 King Philip’s War: The History and Legacy of America’s Forgotten Conflict by Eric B. Schultz

One of my very favorite books.  It gives the reader a good introduction to the war, and summaries of the major battles.  For the miniature wargamer its a good mine for possible games.  In addition if you want to take a field trip and visit these sites you learn about what is there today. 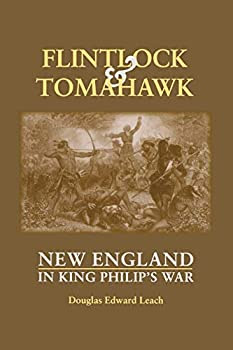 The classic history of the war.  Although written In 1958 the research has stood the test of time.  Its a good read and its still the standard military history. Because of its age the authors language can be a bit jarring to a modern ear as he is decidedly not politically correct.  Once you get past that its a great book. 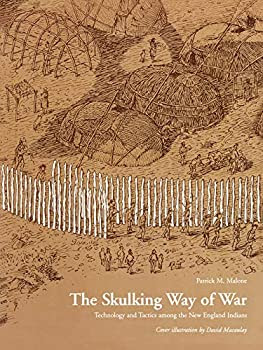 The Skulking Way of War: Technology and Tactics Among the New England Indians by Patrick M. Malone.

A short book and easy read it covers the details about the technology and tactics of the forces involved. Given the treatment that King Philip’s War often gets we are indeed lucky that we have such a focused analysis for the period.  This is just the sort of thing that you need to get a good feel for your game! 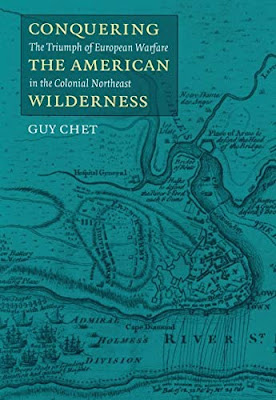 Conquering the American Wilderness: The Triumph of European Warfare in the Colonial Northeast by Guy Chet.

This book contains only a single chapter on the war but it is outstanding.  if you want an honest  evaluation if both sides military forces thus is the book.  He points out the positive and negative of both sides;  their strengths and weaknesses.  There is a lot if myth busting here.  And some icons like Benjamin Church are questioned and possibly brought down a peg.  Revisionists?  Possibly, but its well thought out and honest and very worth your time to read.  Provides a good guide for a balanced force and how to rate your soldiers and  natives.

I found the Mayflower to be dived into thirds as far as story telling and contents go.  The first third of the book is a history of not only the first fifty years of the Pilgrims settlement in Massachusetts.  The first third of the book is about who they were and why they came to America.  The next third is how they settled and adjusted to life in the wilderness.  It also goes into their inter actions with the Native peoples and how both sides looked to the other to establish dominance over the area and the other people living there.  Finally the last third is a brief history of King Philips War 1675-76.  Possibly one of the most destructive wars in our history and one of the only times the Native peoples could have pushed back the invasion of Europeans. 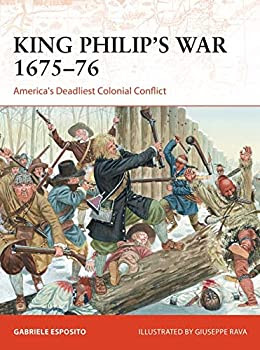 This new Osprey book  is a great history of a forgotten conflict.  The war between the New England colonies and the Native Peoples was the single most destructive war in our countries short history.  Nearly half of all European settlements were destroyed.  The Narragansett, Wampanoag and many smaller tribes were destroyed.  Yet for all its harshness and destruction its a fascinating topic and part of the history of the area where I live. 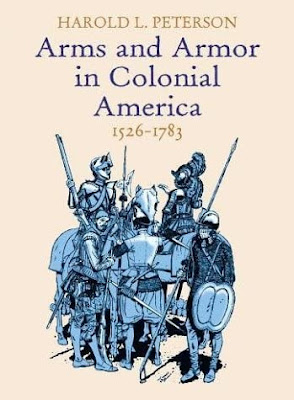 Much more then you will ever need about weapons in colonial America. 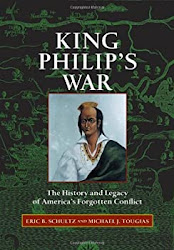