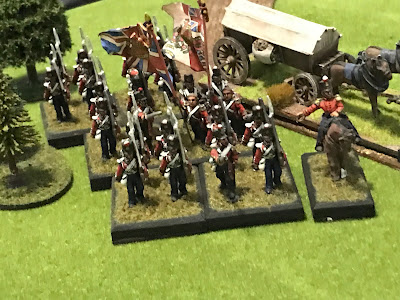 (For the order of battle and background for this game please checkout my introduction post here:https://bravefusiliers.blogspot.com/2022/10/wagon-train-game.html) 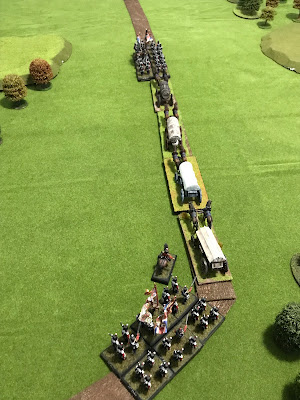 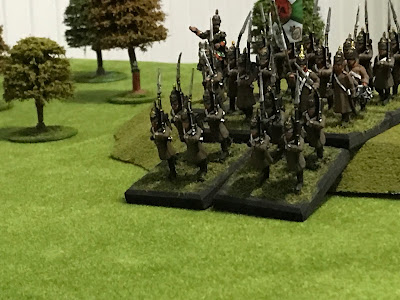 The British supply column and its escort (23rd and 33rd regiments) advances from Balaclava harbour towards the Allied siege lines.  As they round the bend a Russian Infantry battalion (1/Valdimirski Regiment) deployed on the hills to their right.  Ahead, a Russian cavalry Regiment (Combined Lancers Regiment) advances towards them. 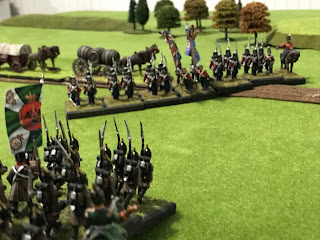 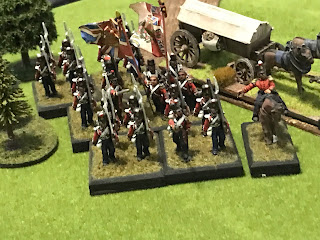 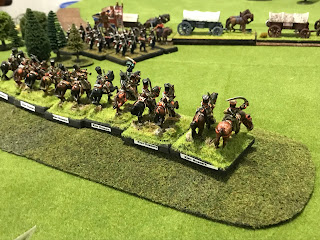 The 23rd deployed quickly from column into line to protect the wagons. They then fired a volley at the advancing enemy infantry.  The 33rd started towards the front but spotted yet another Russian cavalry Regiment (Kiev Hussars)  formed on a low rise towards their right.  They also formed line and fired a volley. 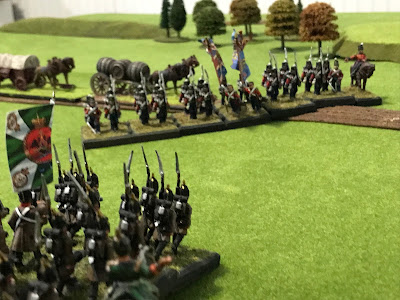 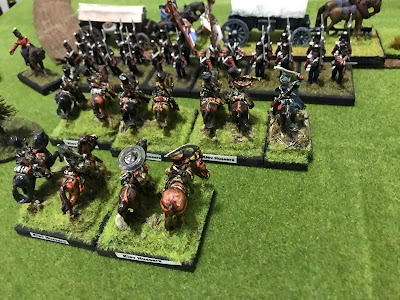 The Vladimirski battalion charged the 23rd while the Kiev Hussars took on the 33rd.  The Lancers maneuvered to take the flank of the 23rd.  But before they could close both British battalions were able to get a volley in. 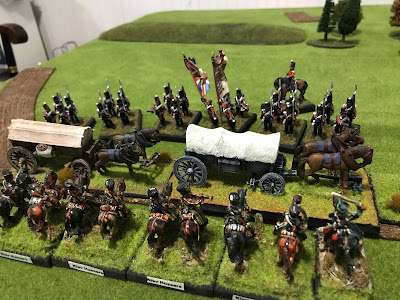 The Kiev Hussars slammed into the 33rd and forced them back to the other side of the wagons.  There they rallied back to good order.  The Hussars quickly attacked the wagons, destroying two of them. 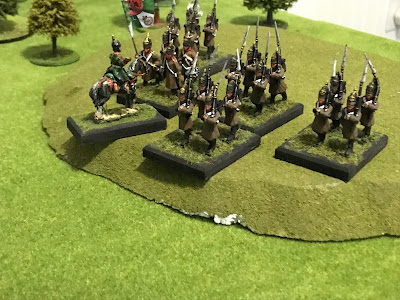 The Vladimirski also slammed into the 23rd, but with different results.  They had taken casualties and were thrown back. 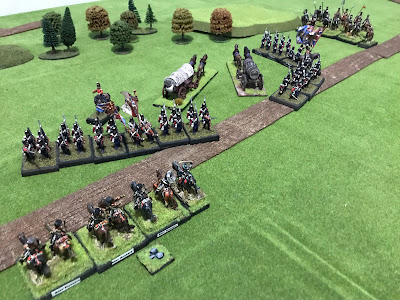 The wagons were moved off the road and both British battalions redeployed to better cover them. The 33rd opened fire on the Kiev Hussars causing them more casualties and a morale marker. 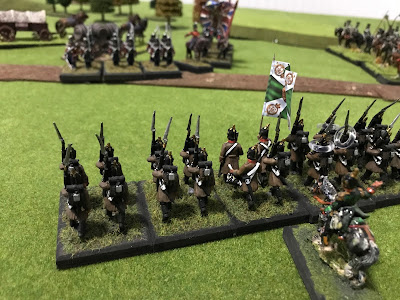 The Vladimirski and Lancers moved up to try a coordinated attack this time. 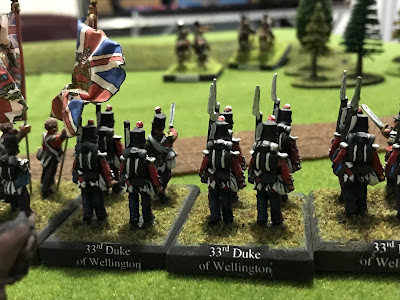 The 33rd destroyed the Hussars through firepower with the pitifully small remnants of the Hussars running away. 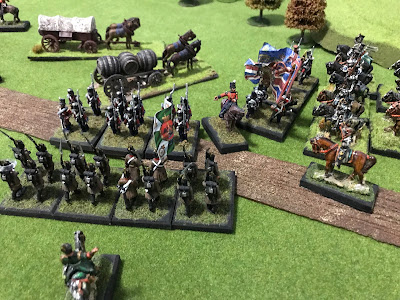 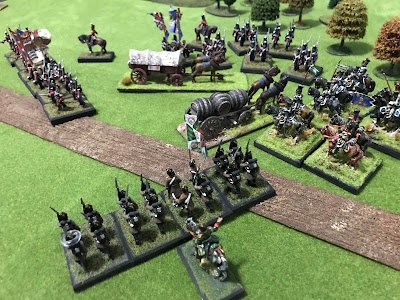 The Russian infantry and cavalry both hit the 23rd, and forced them back.  This enabled the Lancers to destroy another wagon.  The Vladimirski changed front to face the 33rd. 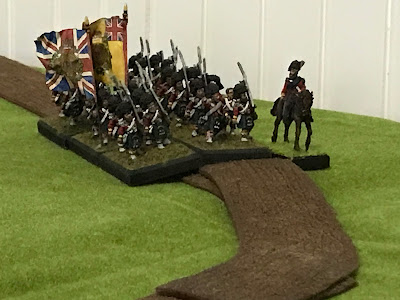 The sound of bagpipes was heard in the distance as the 93rd Highlanders made their appearance! 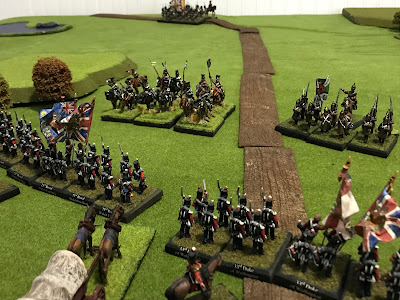 With the British redeployed and guarding the remaining wagon the Russian commander decided to withdraw.  He had successfully destroyed three of the wagons and that was a lot of supplies the allies would not get today.

A fun fast game that I enjoyed very much.  I can see why this is an old favorite and can be played over and over with no two games the same.  It also can fit into almost any time period.  I can definitely see playing this with either my War of 1812 or Rev War armies.

I think the adding of the additional Russian cavalry regiment helped balance the game.  The Russians were also blessed with great pre game dice rolling to get all three of their units in the table right where they were needed and almost at the sane time.  I think next time I would give a little more space between where the attackers arrive as they were right on top of the wagons right away.  But perhaps that was fair as it was after all an ambush. 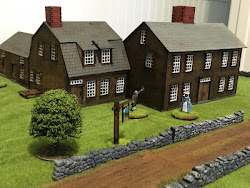