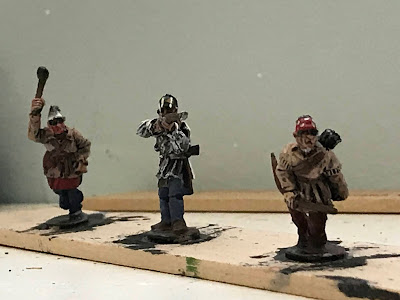 Slowly getting my Wampanoag Indians painted.  These are from Brigade Games and are very nice figures.  But, used to painting multiple same uniforms its taking me a bit to paint these individualistic warriors.  But now I have a little over half of the fifteen figures done I am starting to get the feeling of how to do them. 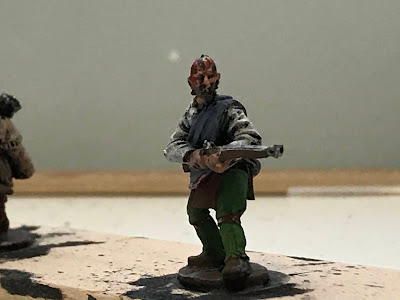 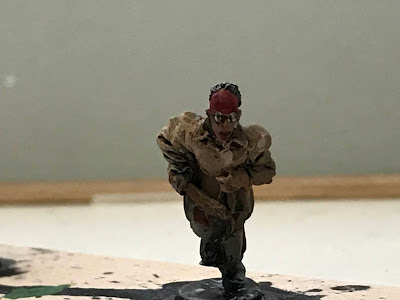 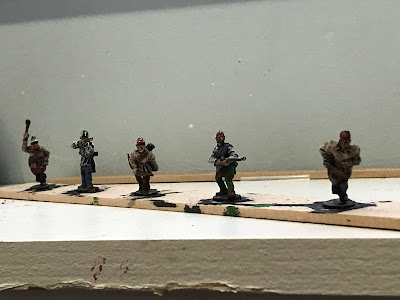 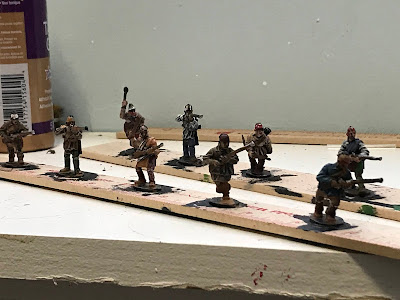 Bases for both these figures and the militia are in order so I will be a basing fool come the  end of the month.  Simple round bases for these fine fellows. 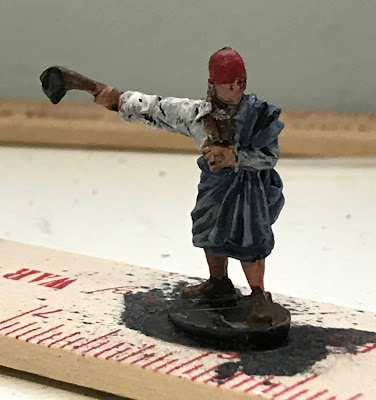 And here is the portrait figure of King Philips himself.  Of course there is no picture of him from real life and most illustration of him are artist imagining. The most common illustration if him was done by Paul Revere in 1772.  It appears to have been "borrowed" from an earlier portrait if some Mohawks done by another artist.  Things like this did not bother Revere who freely borrowed from many people.  But that could be another post some day. 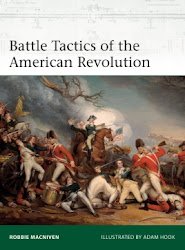 Battle Tactics of the American Revolution